The show Anna is organized by a group of international artists based in Japan, Singapore and UK and is held at the studio of Dennis Tan based in Singapore.

Anna is about a hole and a fictional woman named Anna. The word “ana” means hole in Japanese. Throughout the show the artists will be showing the product of their neurotic mental journeys.

In connecting holes and Annas, perhaps the most famous Anna to come to mind is Anna O, a made up name for Bertha Pappenheim who’s treatment for hysteria, a form of neurosis, by Sigmund Freud’s colleague Joseph Breuer, and documented by Freud, is regarded as the starting point of psychoanalysis. The position of the hysteric can be understood as being characterised by a deep feeling that there is a hole that cannot be filled (with libidinal implications). The hysteric may tend to seek out knowledge to fill the hole, but since the hole cannot be filled the knowledge produced is inadequate to that task. Hysteria is an orientation that is typically but by no means exclusively taken by women, and what it is to be a woman, to take the feminine position, beyond biology, can be understood as a hole in what can be known.

“A mole is well adapted to holes. It feels no need to understand them.”

A hole is something that is not there, it can’t be seen in itself - it is constituted to our senses by the materials which circumscribe it. This kind of circumscribed inexperience that makes a hole might lend itself to a sentiment of the sublime - a relation of awe towards the unknowable as experienced through limits. It may evoke a sense of investigation or adventure. In an old Buddhist tradition monks used to go into a hole in the ground and stay there until they die in order to become a self-mummified living Buddha, there might be a sense of being close to the death and the sublime in the act of being in the hole.

Duncan makes graphic signs as stand-ins, signifying things that do not exist; emblems of the not-yet imagined; markers for as-yet unclear potentialities. He makes these signs, in a variety of mediums.

B. 1971, lives and works in London, graduated from Goldsmiths BA Fine Art in 1994 and MA Fine Art from The Royal Academy Schools, London, in 2007. Regularly shows internationally, and is represented by Theodore:Art, NY.


Ebata works in various mediums including photography, video, and performance. She works on diverse projects, each employing a concrete poetics to investigate or circumscribe subjects which are felt as absent, abstract, or invisible.


Ebata was born, lives and works in Tokyo. She graduated from Goldsmiths', London. Her works are shown internationally including Aichi Triennale 2010 Curatorial Exhibition Competition and The First Mediterranean Biennial of Contemporary Art, Haifa.


Shimizu is interested in audience involvement in art and also in the functionality and aesthetics of the decorative arts. Costumes and props have always been her fascination, as a way of exploring characters and gestures. She also works collaboratively as the artist group Danger Museum.

Alasdair Duncan has for some years been making graphic signs which act as stand ins for what does not exist, emblems of the not-yet imagined, under the rubric of Signs for the Future. He describes these signs as not yet for now, not yet for here, and not yet for you.

For Anna, Alasdair Duncan is making C Signs, a group of posters, each with a black imperfect circle, and each marked with the letter C. They are shown with a supplementary text poster. The text is written in a synthetic language - a language which stands in for meanings which are not available. 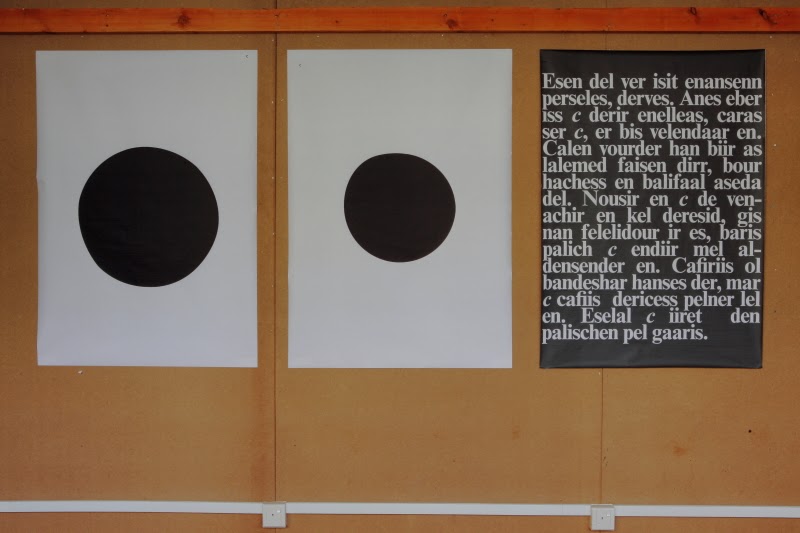 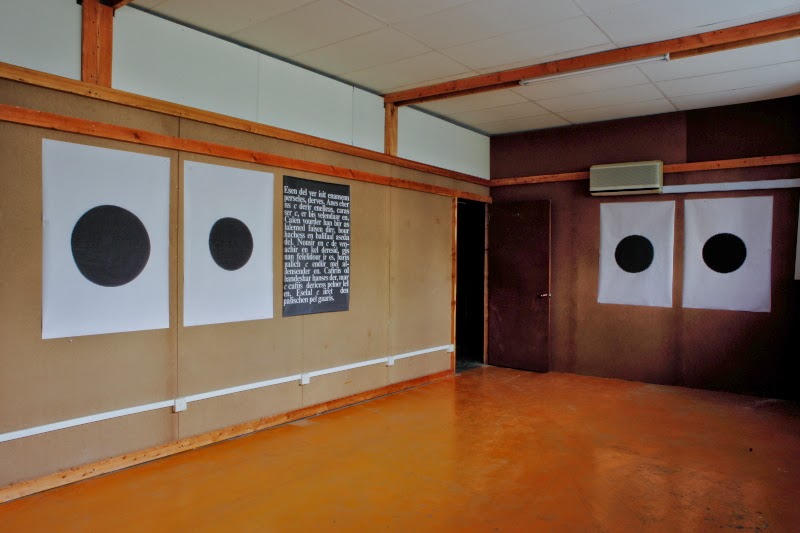 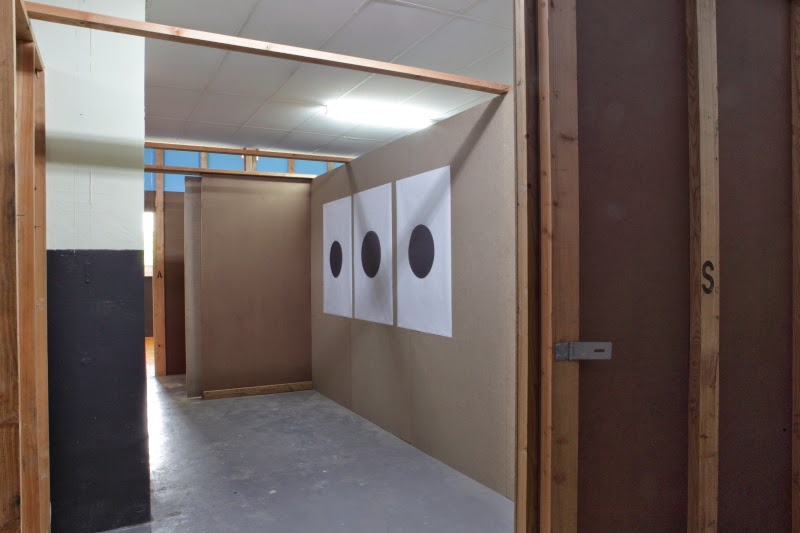 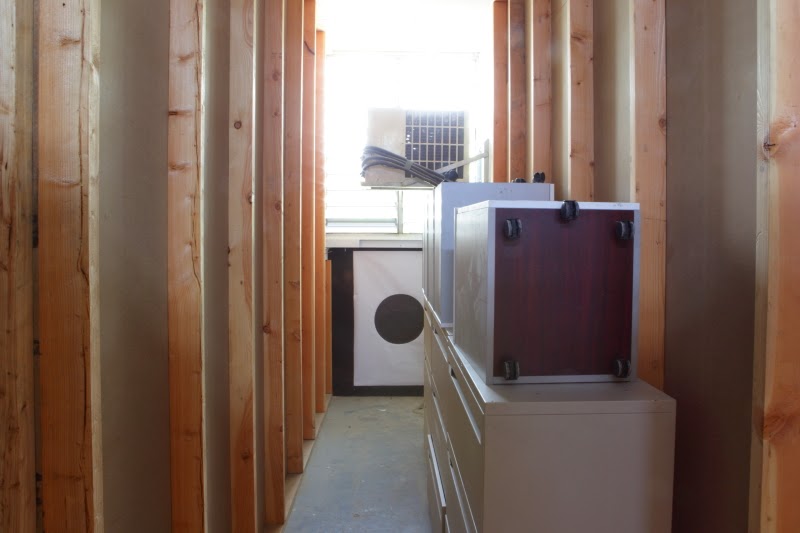 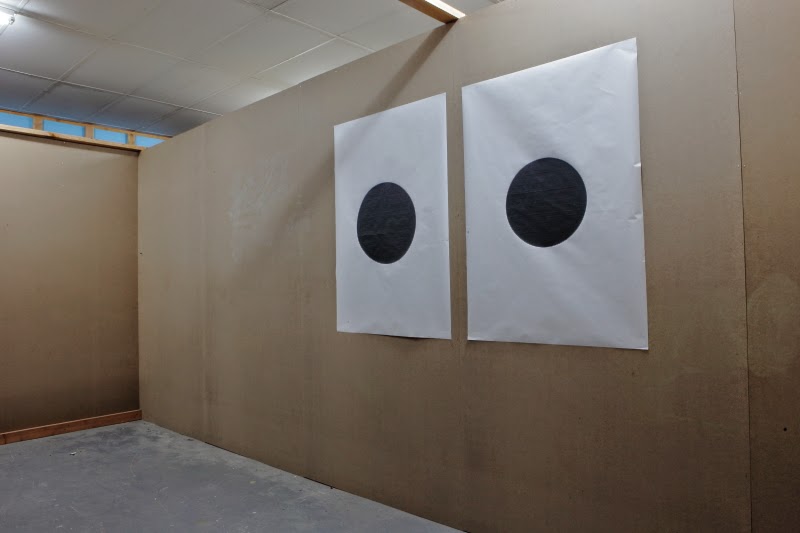 Ebata has moved into an old house in Tokyo where her grand parents used to live. There is a hole in the garden but the purpose of the construction is unknown. When a gardener came to the garden, she asked him what was the purpose of the hole. He wasn’t sure the purpose but had a quick look of the hole. Ebata thought there was a dark perfect cuboid under the ground and wondered why since there should be roots of trees underground. She needed to check what it was inside.

So when she met a painter who was a karate black belt holder at a dinner party, she thought he was strong enough to open the lid and asked him to help her out. The painter came to her house and opened the lid and they discussed what it the purpose of the hole. The process is documented in the video. There was the moment that he questioned what he was doing with a stranger. The meaning of the hole changes according to their interpretation and the shallow establishment of the trust with each other.The trust is based on a fictional story made in each other’s mind. 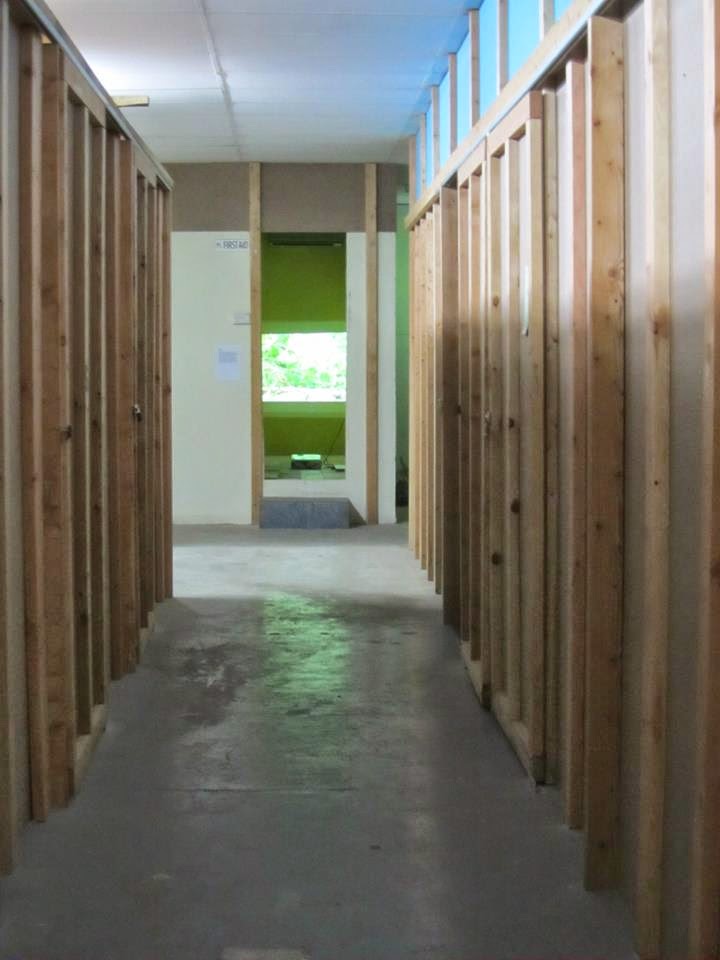 Kyoko Ebata looks for holes in Singapore and Japan. Ebata finds and document holes, searching for the right hole, what constitutes the right hole is not at all clear, and she cannot find the right hole, only a series of holes which are not right, there may be many reasons that the hole is not right, although why they are wrong is not much more clear than the question of what the right hole might be. What is clear is that these holes are not the right ones. The piece will thus be a collection of photographic documentation of the wrong holes. Some of the holes have historical values, such as Bukit Brown (Chinese cemetery), a former Shinto shrine located at MacRitchie Reservoir in Singapore, as well as The Hundred Caves of Yoshimi and the cave dug by Korean people during the WWII in Japan. But they are all treated as parallel hole juxtaposed next to swede, dust shoot of HDB (housing council in Singapore), and holes of walls. 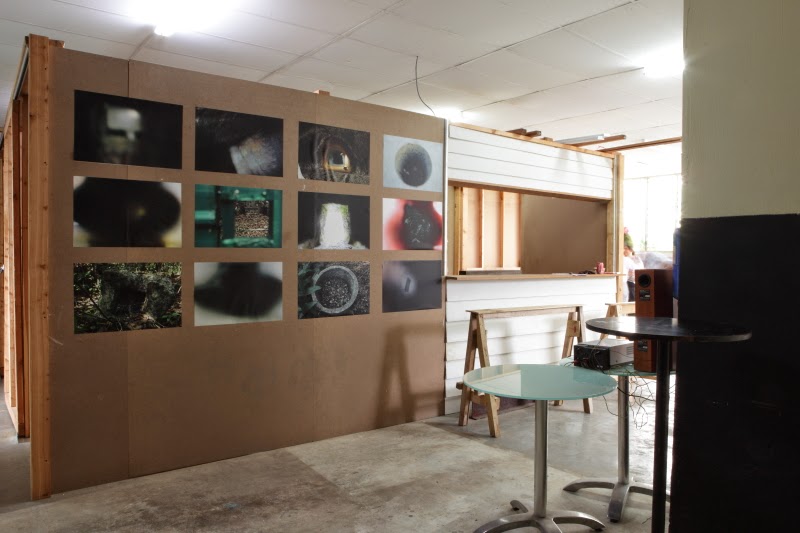 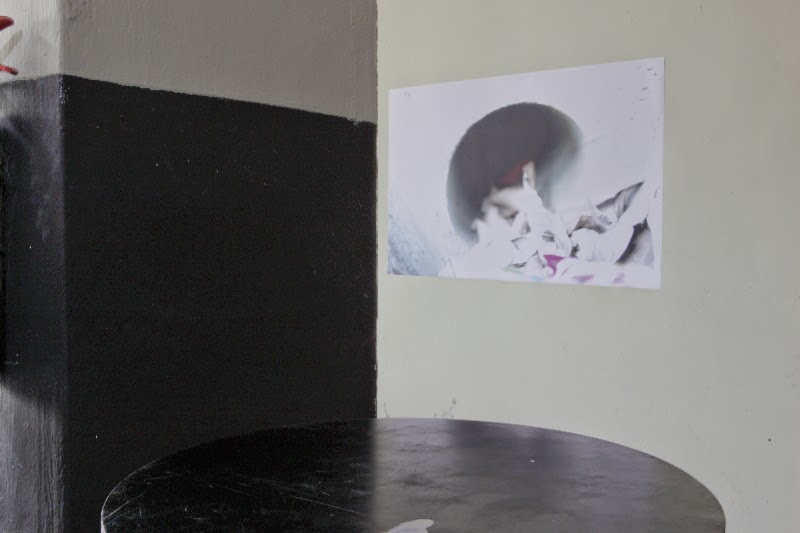 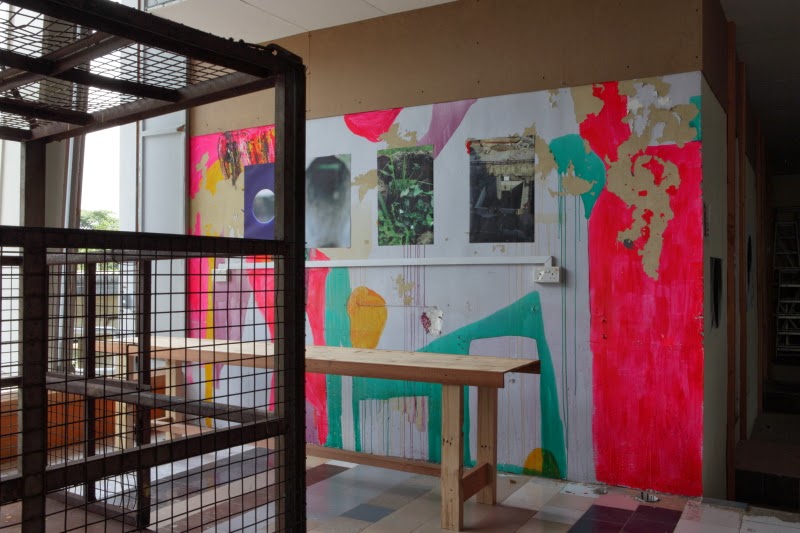 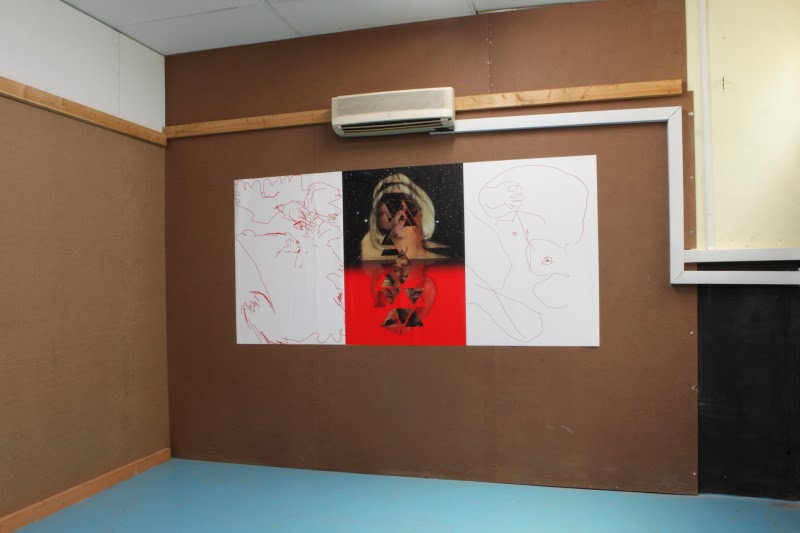 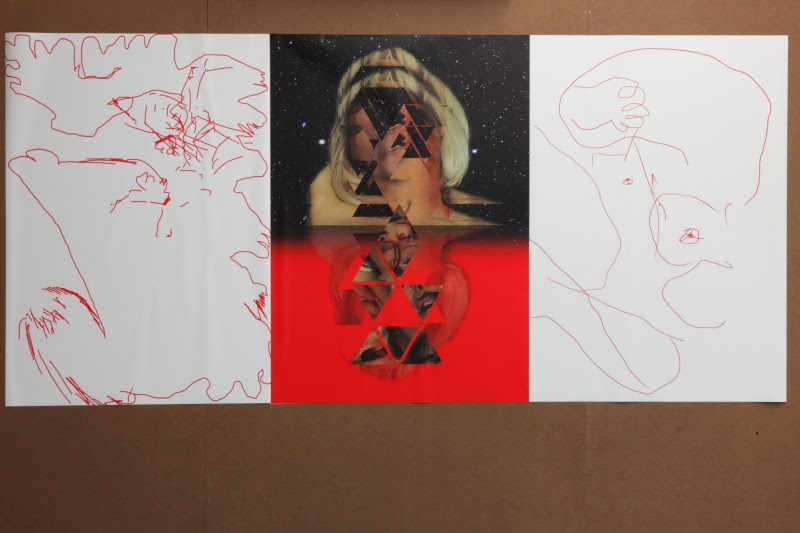 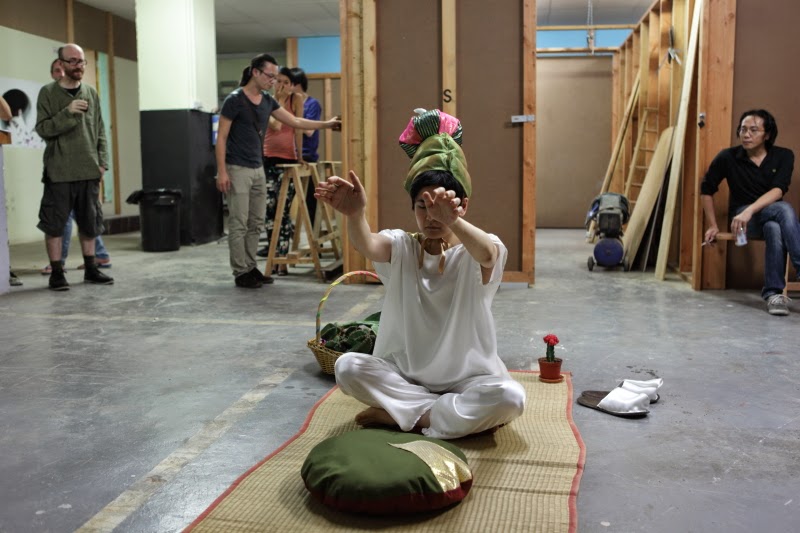 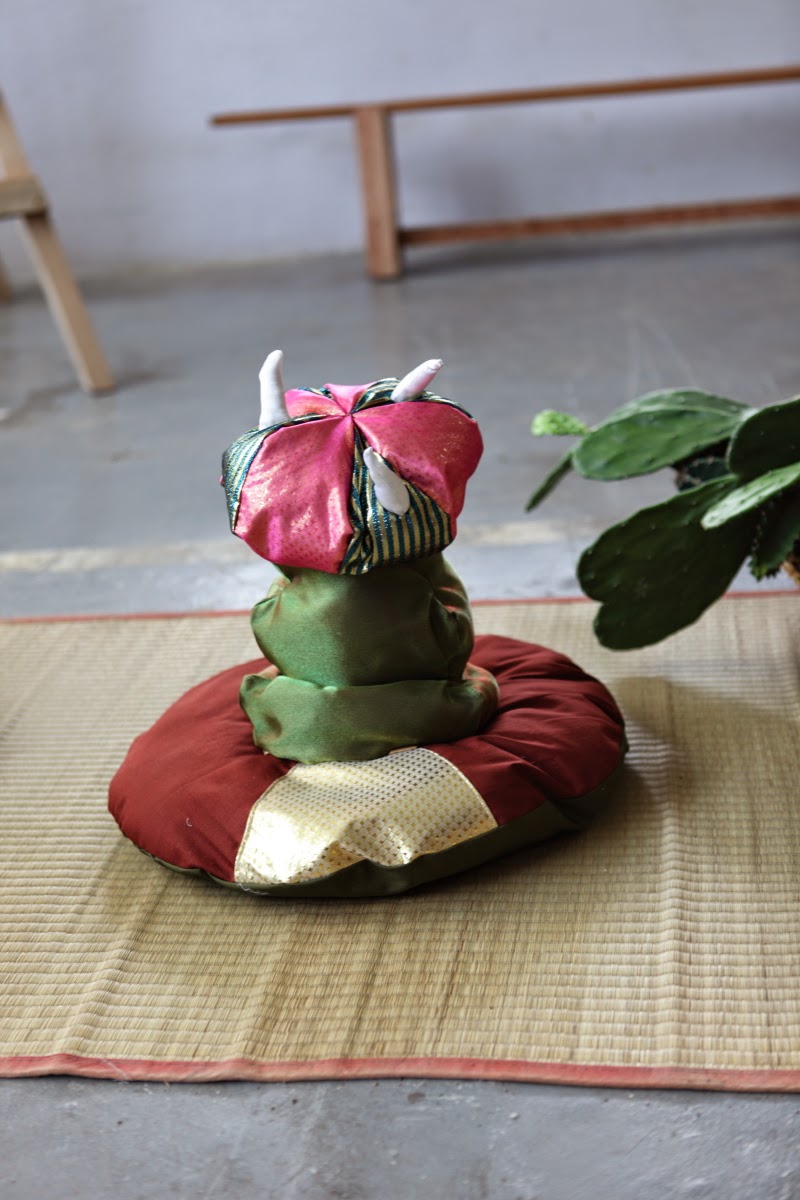 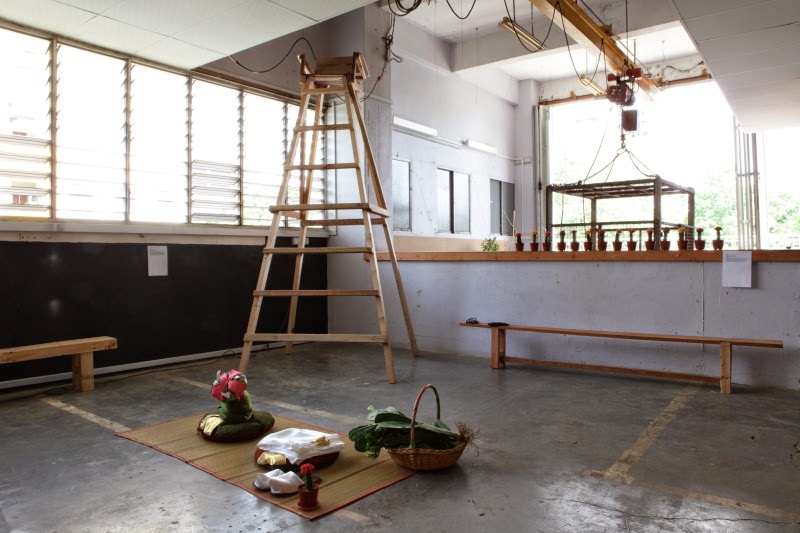 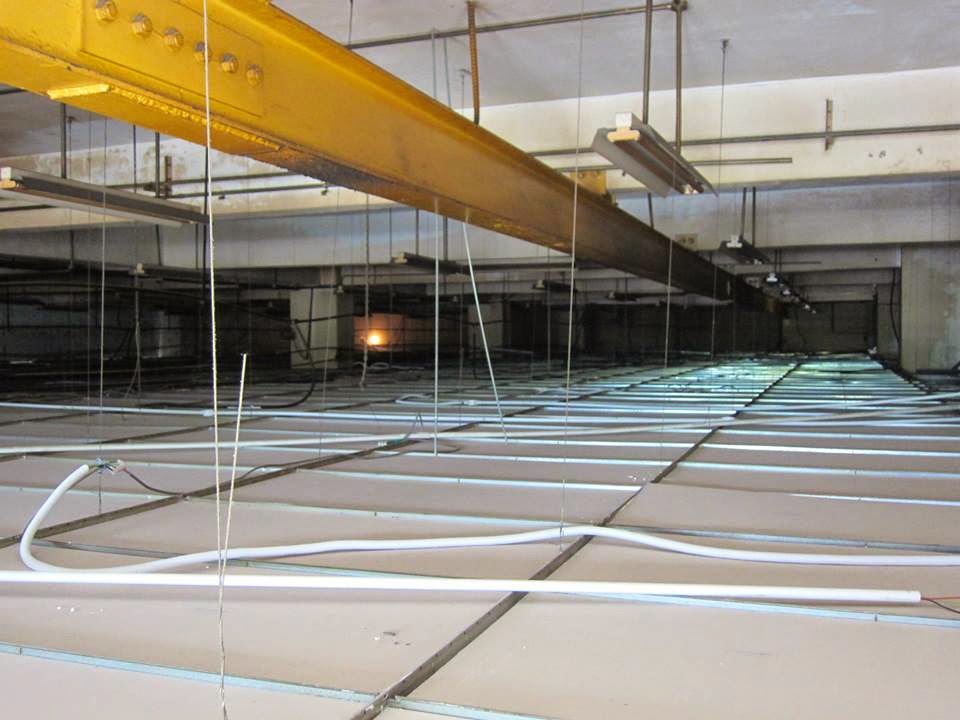 *The View from the Chair 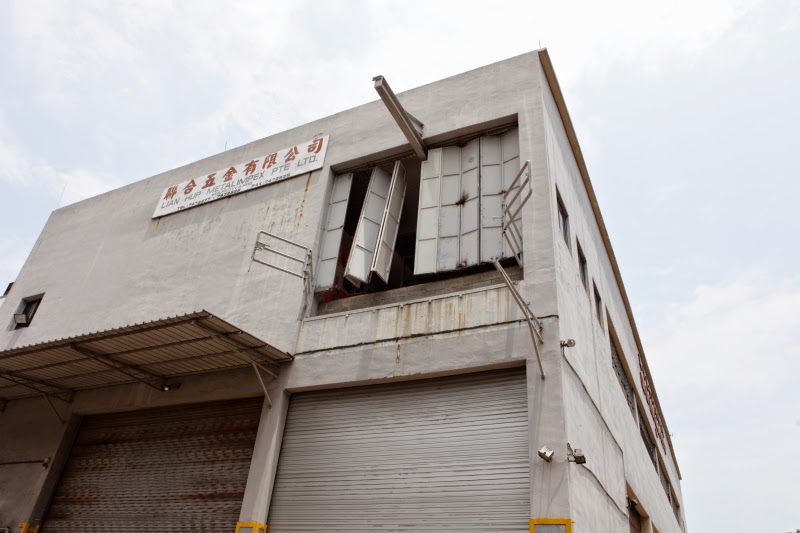 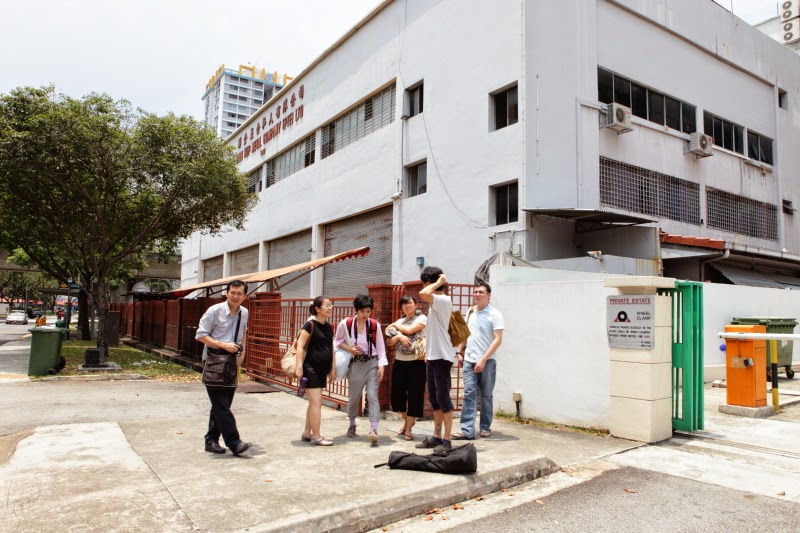 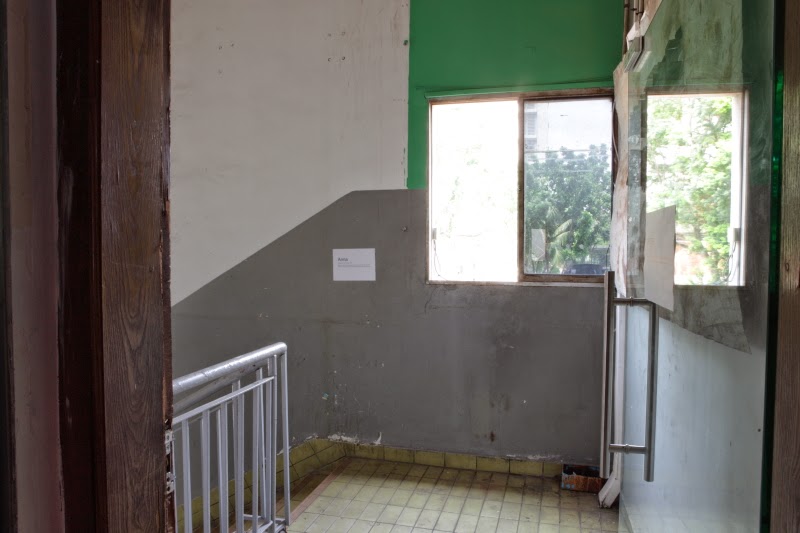